I need a Thesaurus or perhaps help from Dr. Seuss… Sicily.. hmmmm

Posted on October 5, 2012 by Champagne Vacations 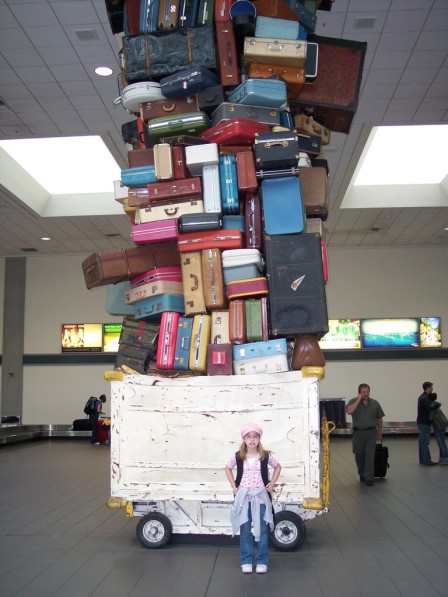 Maybe I don’t take THAT much!

We are fast approaching our  next adventure… we leave home on the 4th of November (yes I did finally get my airline tickets… we are flying Lufthansa as I had hoped and we didn’t pay an arm and a leg.. just an arm!).  Being the Virgo that I am I am now in crunch mode.  I know that many of you just throw something in a suitcase the days before a trip but once I hit 30 days my “last-minute rush” begins.

Much is in the news lately in regards to Turkey… am I concerned?  I would be a liar if I didn’t say a little… but nothing seems to be happening near the towns we are going so right now I am hoping that our time spent in Turkey will be incident free.  We do have our trusty travel insurance though so if there is anything that does occur around Istanbul or Kusadisi we will be able to cancel our trip and be refunded what we have paid out.

So last week I told you a little about what we would be doing during our time on the island of Mykonos… after we visit Mykonos we will spend one day at sea as we sail towards the island of Sicily.  I was going to write about what there is to do on a ship while you are at sea… but I think that we have already discussed that numerous times.. what will I be doing?  Well I would like to think that I will be taking a little time and exercising or maybe relaxing with a spa treatment but who am I kidding?  I will be in the casino and either having a great time or complaining a lot!! 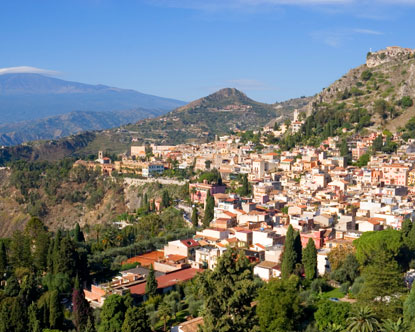 The town sits on Monte Tauro. No busses allowed so we will be walking up to the town.

So, our next port?  Catania on the island of Sicily.  This day we have chosen to take an excursion that will be bringing us to the town of Taormina and then off to Mt. Etna.   This will be a full 8 hour excursion as Taormina is about an hour’s drive from Catania where our ship will be docked.

Taormina is situated on the eastern coast of Sicily and is delicately poised on a level terrace atop Monte Tauro and situated high above the Ionian Sea.  While there we will be visiting the Greco-Roman Theater and also the interior courtyard of the 15th century Corvaja Palace.  The town is known for its narrow alleys and lanes bordered with bright flowers and shops.  Hopefully the weather will be mild and perhaps some nice fall flowers will still be blooming.  We will have some free time to look on our own. 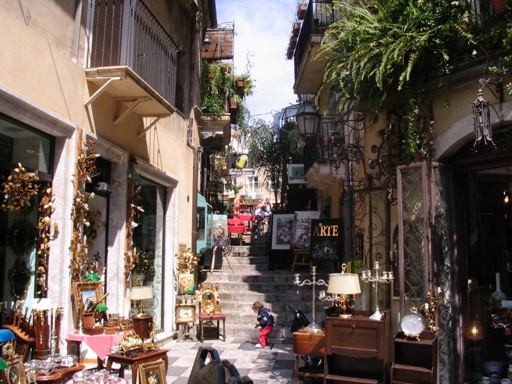 I love my alleyways!! 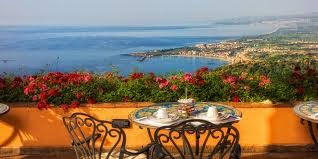 While this isn’t where we will be lunching… Maybe a nice cup of Espresso!

Okay… it is still an active volcano with occasional eruptions… wish me luck!

After Taormina we will ride to Mt. Etna which rises to a height of 10,800 feet.  We will be lunching at the Restaurant La Contoniera which is located at an altitude of 6,200 feet and is surrounded by hardened lava flow.  Now I know from our trip a couple of years ago to Hawaii that regardless of what the temperature is when we dock on Sicily, when we venture up to the volcano it will be much cooler.

I am sure lava might warm things up a bit for us! The volcano on Maui was after all not active. 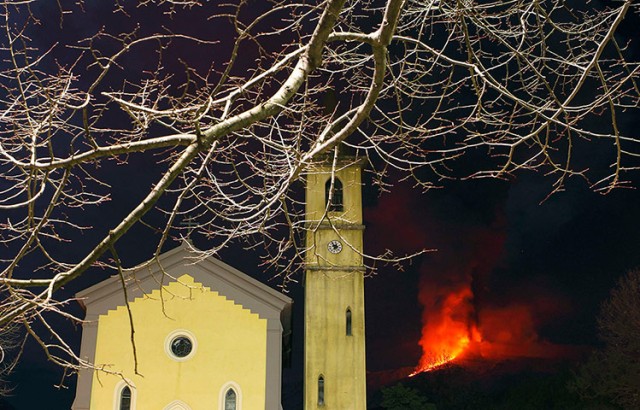 This picture is a nice Segway for tomorrow’s port of Naples and our visit to Pompeii!

We are off to Naples for the final full day of our cruise.. there were so many wonderful choices of things to do.. but the biggest regret I had from my previous trip to Italy with my daughter was that we never ventured south of Rome to do Pompeii… so that will be our excursion and the topic of next week’s blog!

Owner of Champagne Vacations and Travel Consultant for almost 20 years. If I can't go myself, I will send you there!
View all posts by Champagne Vacations →
This entry was posted in Cruises, Europe and tagged Adventure, Catania Italy, Crystal Cruise, Mt. Etna, Pompeii, relaxation, Taormina Italy, travel. Bookmark the permalink.

An adult's guide to long-term travel

One family's walk around the coast of Britain

The wacky stories of a crazy lady.

Travel the world from your computer... for now